Courage is NOT Just Having Ice Water in Your Veins 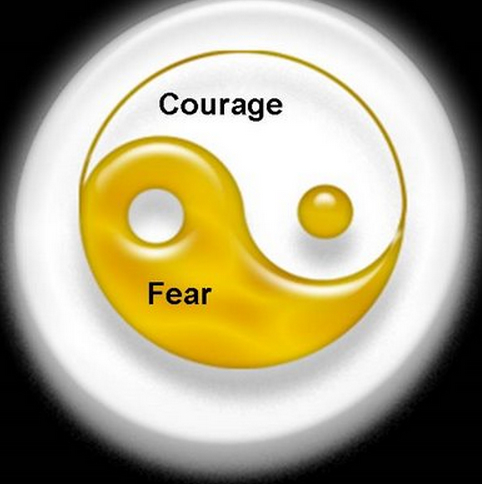 Wow!  What a night.  The men of HolySmokes can talk about anything, and create from that discussion a better — more actionable — understanding of whatever concept we were talking about.

The group MenSteppingUp created three videos on this topic and we watched them all.  They were short, 7 minutes in all, so we were able to keep our attention without our minds wandering off.  The first was a sort of man-on-the-street style video, where they asked unsuspecting men a single question “What is the most courageous thing you have ever done?” Author and speaker Dennis Rainey, the creator of this video series, says the number one answer he receives to this question is “I don’t think I have ever done anything courageous.”  Check out the video here:

Initially, that was probably the number one answer in our group, too.  Until we started to redefine the word courage.  One of our guys opened the discusion by saying:

“I don’t think anything about jumping out of an airplane, which most people would say takes courage.  It doesn’t.  It only takes a second to make the decision to jump.  I think the people who adopt kids -especially foreign or special needs kids – are the most courageous people I know.  Raising kids that aren’t your own…that seems crazy to me.”

Another one described being in a war zone in 1983 where the enemy was using remote control toy cars full of explosives to blow up the good guys – think roadside bomb.  His unit had the wireless sniffing capability to detect RF activity if one of those car controllers were in use.  By dumb luck, they discovered that the bad guys had created a new device, for which they had no detection capability.  This meant that for the next six weeks, they were completely exposed and had to patrol without any notion about whether their next step would be their last.

Another guy said that just coming to HolySmokes for the first time was probably the most courageous thing he has ever done.

This next video is probably the favorite of many of our guys from the night.  It is where the MenSteppingUp conference speakers give their definition of courage and how it shows up day-to-day.

Since we have a number of different denominations represented, and several guys who wouldn’t even call themselves Christians, I want to clarify something that was said in that video.  Mark Driscoll talks about the “fear” of God, fear of the Lord.  A couple guys came up to me afterward and said that phrase might be the thing that turns them off from Christianity the most.  Please substitute the word “awe” for “fear” and take a fresh look at Mark’s segment again.  God doesn’t want you running around terrified, cowering in literal fear.

Speaking of which, during our discussion we decided that courage and fear are related.  In many cases, doing that which you fear is part of practicing courage.  So, we talked about fear, and where it comes from.  More specifically, one of our guys reminded us where it doesn’t come from.  He shared 2Timothy 1:7.  “For God did not give us a spirit of fear, but a spirit of power, of love, and self discipline.”  If you are having fear about something, know that it doesn’t come from God.

How is this for wisdom coming from the group?  One guy said:

“Courage is a muscle.  You have to exercise it in order to build it.  You don’t get courage by accident, and it doesn’t happen without intentional use.  You have to seek out those things that you would normally avoid out of fear, and press into them.  If you don’t build the Courage muscle through daily training, it won’t be there when you really need it.”

The last video shows the many, and surprising, ways courage can show up in everyday life.  One of the most powerful messages in this video is that courage is contagious.  You see some examples where a man did something bold for his kids, and it caused his kids to be courageous as a result.  Very cool.

As we went ’round the room and shared our take-away from the night, some very interesting thoughts were shared.  Some guys had a new awareness of the most courageous thing they had ever done.  Others knew what they now had to do.

What was nearly unanimous is that our culture has practically forced Courageous men into the shadows.  The fact that many men can’t identify even a single time when they have been courageous is the evidence.  This will not be the definition of the men of HolySmokes.  We will be men of courage, standing up for what is right every time, unwavering in our convictions, living a daily life of courage.  It only took us two generations to strip courage from our male culture, we can regain it more quickly.

As Billy Graham said, “When one brave man takes a stand, the spines of other men are stiffened.”

We didn’t watch this next video tonight, but if you want to get fired up, check it out!  It is the closing scene from the movie “Courageous.”

An Adventure To Live »
« “The Poser and the Question”